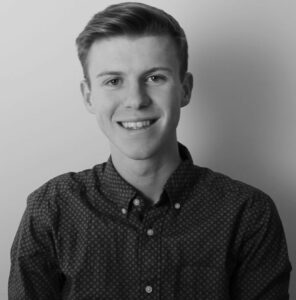 I am a future trainee solicitor in a law firm based in Bristol. During my application process, I applied to, and received offers from, a mix of London and non-London based vacation schemes. I ultimately only accepted regional vacation schemes (and consequently a regional Training Contract) and here’s some reasons why:

1. The rise of the regions

Outside of the firms that have a long standing presence in one or more of the regions, many City firms are opening offices and offering training contracts in the regions as they adapt their work allocation processes to deliver cost savings to clients. This means there are more fantastic opportunities for aspiring commercial solicitors in the regions than ever.

There is a common misconception that regionally-based firms do not do high-quality, international work and this could not be further from the truth. As proof, over half of the top 25 law firms in the Lawyer 200 2017 have one or more regional office offering training contracts, with several others having opened administrative centres with a view to offering training contracts in the years to come. A key factor for me, and good question to ask during the application process, is how the firm allocates work between regional offices and how they try to cultivate a united culture between their regional network. This will hopefully lead to concrete examples of the great work you can expect to be doing in the regions.

It is no secret that London is incredibly expensive to live in. Having personal ambitions of owning a home and starting a family in the medium term, the fact that my disposable income will be considerably higher in the regions was certainly a factor.

It is worth noting here another common misconception that working in the regions is the ‘easy option’ in terms of work-life balance. Whilst there is varying degrees of truth from firm to firm that the hours are slightly less demanding outside of London, all lawyers work hard and the commercial law career is not the place for anyone looking for a 9 to 5. Even worse, recruiters will not take kindly to applications motivated by things such as “they get less applications so it’s easier to get in”, nor using a regional vacation scheme/training contract as a back door in to the firm’s London office.

Particularly for firms that historically grew out of the regions before opening in London, it may be true that their regional office(s) are simply bigger and have more seat options allowing for the broadest training experience. Firms often have key practice area and sector heads based regionally too.

On the flip side, smaller regional offices usually have much smaller trainee intakes than their London counterparts, which can lead to more responsibility and visibility in the office. It is also worth asking if opportunities such as client or international secondments, if they are offered to London trainees, are extended to regional trainees. 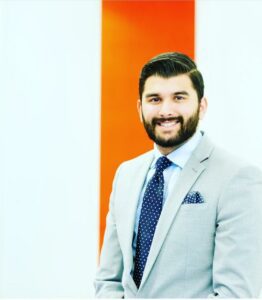 Is there life outside London? Will the quality of my work be affected by training outside of London? These are only a few examples of the type of questions I get asked on a regular basis having secured a Training Contract at Eversheds Sutherland, Birmingham. I chose Birmingham because I was confident that I would be exposed to the same quality of work as in London. The Midlands is home to a number of international law firms such as Eversheds Sutherland, Pinsent Masons, DLA Piper and Squire Patton Boggs to name just a few. All of these firms have built a reputation of consistently providing commercial and client-driven advice and have a strong presence throughout the regions in the UK as well as being truly global firms. Clients have become increasingly cost conscious and law firms in the regions are benefitting from an increase in London quality work. Teams are running high profile, often international work out of their Midlands offices for leading international companies. A few examples include the £600m redevelopment of New Street Station, the £187m new Library of Birmingham and the £50m revamp of The Mailbox. These are not deals that are being half-serviced out of Birmingham but deals that are led by Midlands partners and driven by Midlands teams alone. As such, whilst I will be training in Birmingham, I am confident that I will be benefitting from the same advantages as working in the City (London). 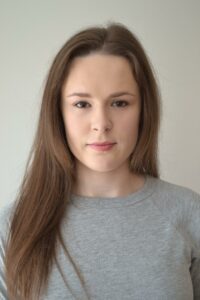 When I was deciding on where to apply for training contracts in terms of location, Manchester was always at the top of my list. I knew that I eventually wanted to be a commercial solicitor, but I also knew that London simply was not the right fit for me at the time.

One misconception about securing a training contract in a regional location is that prominent commercial law firms are only located in London and, therefore, you cannot be a successful commercial solicitor if you undertake your training contract elsewhere. There are many prominent commercial law firms with offices in both Manchester and London, as well as other regional locations, so this is simply untrue. Leading on from this, it is sometimes suggested that the quality of work undertaken will be lower in regional offices. Again, this is untrue as high-quality work is undertaken. To keep costs low and address the more for less challenge posed to law firms by clients, some firms north-shore expensive high-quality work i.e. it is completed in regional offices at a cheaper price rather than in London where costs are obviously higher. Aside from this, it is simply a myth that high-quality work is only conducted in London offices. For instance, as a trainee in a regional office of a commercial law firm, you could expect to work on mergers and acquisitions in a corporate seat, or on complex financial transactions in a banking and finance seat, or even assist in a commercial property transaction in a real estate seat.

Additionally, some people may be apprehensive about working in a regional office because of the lower salary in comparison to those offered in London. For me, one of the benefits of living in Manchester is the lower cost of living, as reflected by the lower salaries offered, so this was never a concern.

I specifically chose Manchester, not only for the above reasons, but also because I enjoy living here which makes me excited to begin my training contract in such a great city.