Congratulations to the incredible winners of the AS Outstanding Academic Achievement Award 2019!

Hillary’s strong and consistent academic results clearly show her dedication towards academia, as well as her resilience and willingness to work hard. Having achieved A*A*A at A Level, Hillary has gone on to consistency secure 2.1’s and first’s in all of her university modules, including 82% in a Psychology module and 72% in her Public Law module.

Hillary has not only achieved outstanding academic results overall, but has also participated in many extra-curricular activities, including becoming a Semi-Finalist at the University of Birmingham Alumni Cup and regularly engaging in Pro Bono work.

This demonstrates Hillary’s eagerness to work hard, which will prove useful in her future career in the legal sector. As a keen, resilient and hard-working individual, Hillary is a well deserving winner of the AS Outstanding Academic Achievement Award 2019. 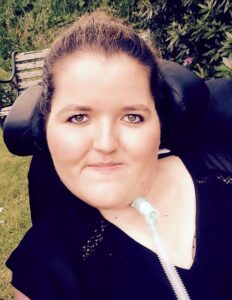 As an undergraduate at the University of Plymouth, Ginny was awarded a number of academic prizes. By the end of her second year, she had received four academic prizes and was being consistently named on the Dean’s List throughout her degree. Upon graduation, Ginny received the Best Law Graduate prize.

In every university module, Ginny secured a first – including receiving 81.6% for her dissertation, which was named as the best in her year and will shortly be published. Ginny has also been invited to join an academic research project based on her dissertation.

Outside of her academic achievements, Ginny also enjoyed writing journal articles at university and had her papers published three times. She also reached the Final of a mooting competition at her university when she was the only second year student competing against third year students. During the competition, one of the judges, who was a barrister, praised Ginny for being calm and collected whilst under fire, and for answering her questions smoothly. 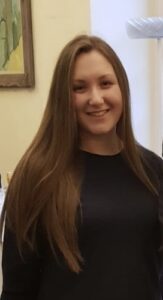 Emily was named as the best-performing law student in all three years at university, having obtained grades including 75% in Equity and Trusts, 95% in Law in Practice and 77% in Criminal Law. Achieving these grades demonstrates her commitment to academia and her ability to work hard.

Emily also received the University of Greenwich’s Merit Award for Outstanding Achievement, recognising her fantastic academic work and service to the university. In addition to this, she has been externally recognised by Thomson Reuters, winning the Sweet & Maxwell Recognition of Achievement Award.

Alongside her degree, Emily also balanced volunteering at Citizens Advice, participating in the AS Aspire programme, representing her university in the OUP ICCA National Mooting Competition and being President of the Commercial Awareness Society. This evidences her drive and ability to stay organised and manage her time. She has remained committed and has gone above and beyond to succeed and thrive at university.