The submissions for the Outstanding Academic Achievement Award 2016 were nothing short of incredible.  We felt inspired reading all submissions and found it extremely difficult not to recognise everyone’s submission!  However, the following individuals deserved special recognition.

Each winner will be invited to a lunch with a law firm of their choosing!  Congratulations and well done again! 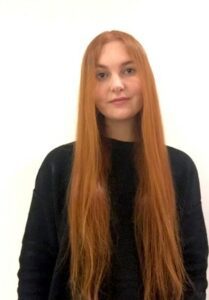 Rowena’s academic achievement has been consistent from GCSE to A Level and her first year university exams studying Politics and International Relations at the London School of Economics and Political Science (LSE). She has achieved the highest grade in every academic qualification taken thus far, including full marks in her English Literature A Level.

It is perhaps no surprise then that one of the key attractions to the law for Rowena is the intellectual rigour it requires. Fascinated by the way in which the economic, business and political worlds are intricately connected, Rowena views the law as the vital thread that ties these spheres together, supporting every element of life in our increasingly globalised world.

As a recipient of a Goldman Sachs scholarship at LSE, Rowena is committed to pro bono and diversity work. Stand-out experiences include volunteering at a legal aid office in Cape Town and delivering workshops in townships to assist young people at risk of becoming involved with local gang culture, working on the issue of human trafficking in Amnesty International’s Belfast office, contributing to Women’s Aid’s design of an after-school club for children who are victims of domestic violence, and her role as a support mentor for children with disabilities at a local school. 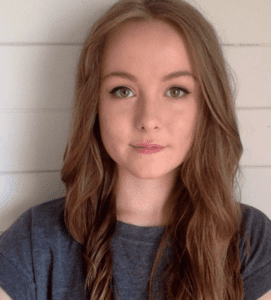 Since sixth-form college Winnie has consistently achieved high grades, receiving A* A* A B in her A Level results. In her first year at the University of Bristol, Winnie has achieved a 1st overall, having received 78% for her coursework unit, and 72% for both her criminal law and contract law exams.

During her first year at Bristol, Winnie has fully immersed herself in her studies, and has also written for the University of Bristol Law Clubs legal journal. Winnie has also taken part in a scheme led by the University of Bristol in which she visited schools which lacked proper resources and taught the students about the importance of human rights and aided discussions about any of their aspirations to go to university.

During the summer she embarked on a one month volunteering scheme in Fiji to aid those affected by cyclones, whilst also providing tutoring to those who live in rural cities. Furthermore, Winnie is also passionate about women’s rights, and is now a brand ambassador for domestic abuse charity EDV. For her commitment to embracing culture and increasing diversity, she received an award from PwC naming her as one of the Top 100 Future Lawyers. 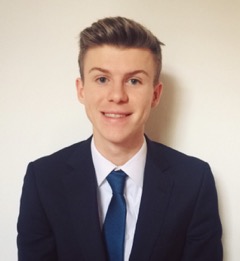 George is a second year Law LLB student at the University of Manchester. Having always excelled academically, George was determined to keep his up success despite coming to Law from an atypical A-Level background including Maths and Chemistry. George was then delighted when his consistent hard work resulted in a First in his first year.

George always feels grateful for benefiting from diversity initiatives. Whilst at college, he was twice introduced to Wragge & Co (now Gowling WLG), where he would later secure a first-year vacation scheme. Being both first-generation university student and LGBT, George is acutely aware that in the past the legal profession might not have been particularly accommodating, but he recognises that firms are changing thanks to initiatives like Aspiring Solicitors. This is why George immediately involved himself with Aspiring Solicitors at Manchester, being First Year Representative on the committee, before going one step further and taking the helm as Lead Ambassador for this academic year.

Aspiring Solicitors have already put George through his paces during the Law Extra competition, where after a telephone interview and 2 mock assessment centres, George was only one of two first-year students to reach the final 18. George is also in the process of completing his first case at the University of Manchester Legal Advice Centre and, in order to preserve his sanity, he sings as part of the Acapella Society. 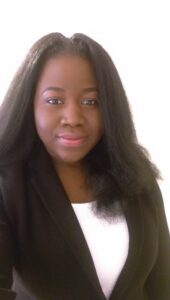 Serah has consistently shown strong improvements in her academic results, achieving 1st in all her third-year modules and receiving the Carol Kaplan White Prize for the highest mark (81%) in the Family Law module. Now doing her Master’s degree, Serah aims to continue this upward progression.

Her time at Hull has instilled in Serah a life-time commitment to pro bono work. She strongly believes that law students are in a unique position to help people who cannot afford legal advice, and should be willing to use some of their time and skills to do so. She participated in the Law Society’s Pro Bono Asylum Scheme, where she collaborated with other students to research and deliver a presentation on tenancy law and debt managements to asylum seekers. She also worked as a student adviser at the University of Hull Legal Advice Centre, offering free legal advice to members of the public. Serah also volunteered at the Hull Citizens Advice Bureau as a Gateway Assessor, providing free, impartial advice to the community. In recognition of the skills she has attained by providing invaluable services to the local community, which helps plug the advice deficit created by the cuts to legal aid, Serah was awarded The Hull Employability Award for Civic and Social Responsibility.

Being a black, female, working class, state-educated and non-Russell group graduate, diversity is of great importance to Serah. As the Third-Year Representative for the Law Society Committee, she helped tackle the barriers to entering the legal profession that many non-Russell group students face, by actively promoting and encouraging her peers to participate in competitions, pro bono schemes, and career events in order to improve their employability. 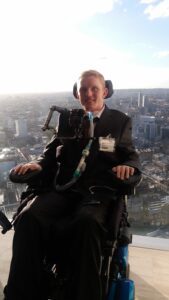 Rob has just started his third year studying Philosophy and Politics at the University of Bristol. His second and first year exam results have seen him gain high 2:1s in most of his modules together with a couple of firsts.

This is all the more remarkable as it was only three years ago that Rob was involved in a catastrophic car accident that left him paralysed from the neck down and requiring a ventilator to breathe. Before his accident Rob had gained 12 A*s at GCSEs and 2 A*s and 2As at A level.

As a tetraplegic Rob found himself having to learn a totally different way to study using eye gaze and then voice -controlled technology. Rob remains deeply grateful to the charities who lent him equipment and provided him with training in those tough early days. Rob has found time in the holidays to undertake fund raising for these organisations. This included becoming the first tetraplegic to do Tough Mudder raising with his team over £20,000.

This summer Rob undertook an internship with the legal department of EDF Energy as well as a week’s work experience with Reed Smith and Channel 4. Both these experiences have strengthened Rob’s desire to work as a commercial lawyer. At EDF Rob ran a series of well received employee workshops during the Company’s disability awareness week.

Rob is an Ambassador for ‘SpecialEffect’ an eye gaze charity and regularly supports others in a similar situation.