Congratulations to the amazing winners of the 2017 Outstanding Academic Achievement Award!  Each winner will be invited to a lunch with their preferred law firm and will also attend various events with their top choice firms!  Extremely well deserved!

After completing the Irish equivalent of A-Levels, Shereen took time out of education to travel, work, volunteer and gain a wealth of life experiences.

Since the first year of her Law degree at The University of Winchester, Shereen has excelled academically; achieving firsts in every module and being awarded with “The Routledge Award”, for high attainment of grades in her first year, and as well as the role of Winchester Scholar.  In her second year, Shereen continued to excel was awarded the “Oxford University Press Award” for achieving the highest grades in her year.

Shereen also worked 16 hours a week on top of her degree, as both the Student Engagement Assistant at the Student Union, and as a Non-Medical Helper, which sees Shereen attend lectures and seminars for disabled students to types their notes. Shereen has also undertaken an array of varied work experiences, including working as Assistant to a Member of the European Parliament, at the European Parliament in Brussels.

Shereen has committed herself to extra curriculars.  Completing the university’s “King Alfred’s Award” for voluntary work, whilst also maintaining consistently high grades, was the reason in which Shereen was awarded the “Front Runner Prize” for leadership.  Shereen’s contribution to her university, has been further recognised as she was also awarded the “Overall Contribution Award” at the Student Union Awards. 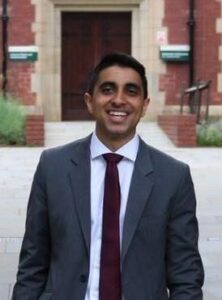 Since college, Arjun has been always been a high achiever having obtained A* A* B at A Level. This has continued through to university whereby he was placed on the Dean’s List of Excellence, having averaged 69% in his first year. In his final year at Leeds, Arjun achieved a first across all his modules, obtaining 82% for his dissertation on Banking and Finance, and graduating with First Class Honours.

During a pre-university gap year, Arjun was a Gateway Advisor at the Citizens Bureau and a Camp Counsellor at a Disabilities Camp in Missouri. These experiences have instilled in him the impact of pro bono initiatives and how vital they are to the community. He has continued to be involved in community projects whilst at university, having led negotiation workshops for secondary school children as part of Street Law and raised money for legal aid reform. Aside from this Arjun enjoys learning about new cultures, having lived in four different countries before moving to the UK. As a result of his stellar first year grades he was awarded an international scholarship to study at the University of Hanyang in South Korea. Whilst there he studied North Korean Politics and Taekwondo.

Arjun first became involved with Aspiring Solicitors, reaching the finals of the Commercial Awareness Competition in his first year. He continued this into second year where once again he captained a team to the finals. Arjun is extremely grateful of the opportunities and guidance Aspiring Solicitors has provided him and actively promoted events to students in his role as Lead Campus Ambassador at university. Graduating from a non-Russell Group University and being a non-native English speaker, Andrei graduated in the top 10% of his generation, obtaining a First Class degree with Honours. In his final year, he was awarded the Professor F W Taylor Fund Prize for achieving the highest mark in the Dissertation Module. In addition, Andrei received the Oxford University Press Prize in Transnational Commercial Law for the best performance in the module earning 75%, where the average was 56%.

Whilst studying, Andrei participated in numerous competitions and initiatives with his University’s Law Society, reaching the semi-finals of the client-interviewing competition and participating in pro-bono.  Furthermore, he repeatedly demonstrated his resilience and drive by leading his team into the semi-finals of the Aspiring Solicitors Commercial Awareness Competition, offering assistance at the Legal Clinic and undertaking positions of responsibility such as acting as a Westlaw Representative.  Aiming to be the first generation to qualify as a lawyer in his family, Andrei’s initial interest for commercial law began when forming a company at the Junior Achievement RO entrepreneurship contest. His international background, enabling him to speak four languages, means work on a cross-border basis is particularly appealing to him. As a result, he involved himself in international projects and initiatives, most recently participating in Model of European Union Warsaw 2017. There, Andrei sat as an MEP and leader of his faction, arguing in favour of adopting legislation on combating terrorism and improving gender balance.

Aside from obtaining technical knowledge from his studies, Andrei has developed a wide range of practical skills. He was handling his own caseload at the Citizens Advice Bureau, conducting due diligence and drafting legal documents during his work experiences. Additionally, he learnt to prioritise tasks in high pressure environments and digest complex information to reproduce it in a clear and concise manner. 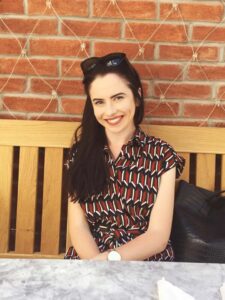 Emily’s academic record has been consistently outstanding. In her GCSE examinations, Emily was ranked top in the country in three subjects, which included English Literature, a subject in which she again obtained maximum marks at A Level. As well as teaching herself Spanish as a fifth AS Level, she obtained full marks in A Level Philosophy and History which ranked her A Level results among the highest in the country. This academic excellence, coupled with outstanding performance in the LNAT, led Emily to accept a fee-paying scholarship from King’s College London to study Law there.

Her love of language, logic and most of all, people, led her to choose Law as her course of undergraduate study. Studying Law with European Legal Studies at King’s College London and spending a year at Instituto de Empresa Madrid, she graduated this summer with a First Class honours degree. She was proud to receive the Law School prize in Jurisprudence, having achieved the highest mark in Legal Philosophy in her cohort. Most prestigiously, Emily was awarded the Jelf Medal by King’s College London, which recognised her as the most distinguished graduate in Law.

Emily is passionate about social issues and has presided over the King’s College London Human Rights Project as President this past year. Her passion for social justice has led her as far afield as India where she assisted in the running of an orphanage. She has worked on reforming the UK’s incarceration system for women, taught law to underprivileged students in London and trained with Amicus. She has also trained as a civil and commercial mediator in dispute resolution.

Spending her summer as an undergraduate research fellow, Emily enjoys the academic rigour the Law offers and has therefore elected to pursue further study at Sciences Po, Paris School of International Affairs. 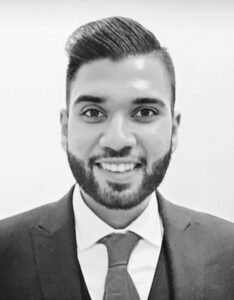 Mahadd is an upcoming final year student reading for a degree in Law at the University of Westminster. He identifies as a first generation, Asian lawyer who attends a non-Russell Group university.

Mahadd’s academic performance has been exceptional throughout his time at university.  His first year results saw him achieve 77% and 73% for his contract and tort law modules respectively. Additionally, he was twice presented with the prestigious ELBA Career Capital Legal award, which aims to promote diversity in the legal profession. Mahadd maintained the strong standard of his academic excellence in his second year by obtaining a 1st, with strong results in his Public Law and Equity and Trusts modules. In tandem with his law modules, Mahadd studied Arabic in order to further his knowledge of the law across multiple jurisdictions and is a participating member of the Arabic Legal Forum.

Commendably, Mahadd was able to achieve such high academic successes alongside his senior position at Harrods whilst also creating, developing and growing his own entrepreneurial venture with 11,000 followers. Alongside this, Mahadd has shown his sheer commitment to the legal career by undertaking various work experience placements. Most notably, he attended placements at Proskauer Rose LLP in private equity, DAC Beachcroft LLP in Real Estate and Real Estate Finance, and Barclays in the Wealth Team.

Mahadd’s other interests includes competitive sport, initially starting off as a competitive rower, he had to give this up following an injury and instead took up badminton. 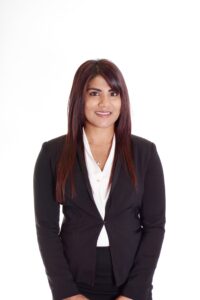 Nina has recently graduated from Brunel University London with a First Class Honours in Law with a Professional Placement.

Despite taking on additional responsibilities due to her mother’s mental health illness, which resulted in several hospital admissions over the past five years, Nina persevered and completed her A Level studies at Wyggeston & Queen Elizabeth I College in Leicester and was awarded prizes for her academic excellence in both Economics and English Language. She then went on to study Law at university and achieved A grades in the majority of her final year modules, including her dissertation. Nina was also awarded the International Corporate Rescue Prize for the best LLB student in Corporate Law.

Whilst at university, Nina enjoyed participating in extra-curricular activities such as Cheerleading, Mooting, Legal Professionals Masterclasses and BPP Law School’s Commercial Awareness Workshop. Nina also had several part-time jobs whilst she was studying; she was a Widening Participation Student Ambassador for her university, a Legal Research Assistant for one of her lecturers and a Sales Associate for several large retail stores.

Nina also undertook a one-year placement with Shoosmiths LLP, during which she became a member of the firm’s Charity Committee and participated in the Northamptonshire Rowing Club’s Annual Dragon Boat race with her colleagues to raise funds for the Northamptonshire and Warwickshire Air Ambulance and other local charities.

In summer 2017, Nina undertook a banking and finance due diligence project with Hogan Lovells and she is now due to commence a paralegal role with Leicester law firm Spearing Waite. Nina has thoroughly enjoyed the experiences that she has had so far and is looking forward to the next chapter of her legal career.