Aspiring Solicitors has been truly blessed this month.  We received more nominations for the Aspiring Solicitor Of The Month for May than all other months combined to date!  There could have been over 20 individuals who received this award but the following 4 edged it this time around.  Our congratulations go to David, Vanessa, Ikenna and Jessica! You truly deserve recognition for your efforts and your CVs will be circulated to all Founder and Affiliate members!

David is a final year student at the University of East Anglia and has been President of the UEA Law Society and is part of the Aspiring Solicitors team at UEA. 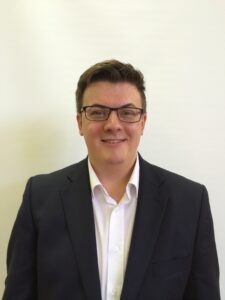 David’s commitment to a career in the law stem from the promise of engaging with the complexities of the law by undertaking truly interesting, challenging work every day. David recognizes that this dynamic and fast paced industry will offer an abundance of opportunities that will facilitate his passion for continued improvement and development that will enable him to excel in a career as a commercial lawyer. With a range of commercial and legal work experience David is a hardworking and astute candidate with a strong academic record and has the ability to undertake a prosperous and exciting career in law.

In addition to his commitment to a career in the law, David is also highly committed to breaking down the barriers to the profession. Through holding the position of President of UEA Law Society for the past two years, David has strived to secure careers and employability opportunities for students at UEA. Upon taking on the role, David found that a number of his peers felt the profession was difficult to enter, especially with respect to City law firms – a place that many aspired to work in the future. Consequently, David strived and succeeded in getting as many opportunities as possible for students. Over his two years, David organised a number of events including employability workshops that developed the skills necessary for a career inlaw, sessions on applications and mock interviews and open days – all of which were with international law firms. From this, students at UEA have gained immense benefit and have the necessary insights to make successful applications to some of the City’s largest firms. 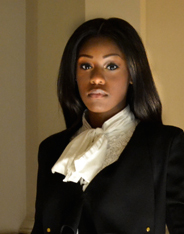 Vanessa Simpungwe is a first year BA History student at University College London. She has also recently been selected as the UCL Aspiring Solicitors Student Ambassador. Vanessa holds an exemplary and consistent academic record, obtaining A* AA at A-Level and is on track to achieving a 2:1 in her first year.

Undeterred by her position as a non-law student, Vanessa has embarked upon an extensive range of legal work experience since 2011, demonstrating her commitment to pursuing a legal career.  These work experiences have included shadowing a criminal Barrister at the Old Bailey, attending numerous open days and undertaking a summer IT internship at Clifford Chance LLP. Vanessa plans to spend this summer further enhancing her CV and increasing her commercial awareness through attending Enterprise Bootcamps and undertaking practical legal work experience at a city law firm.

As a student from an ethnic minority group and with no connections in the legal sector, Vanessa’s independent and frequent acquisition of these opportunities exemplifies her enthusiasm and ability to seize initiative.  In the future, Vanessa aims to secure both a vacation scheme and training contract and is on the right path to do so.

Aside from her strong academics and commitment to law, Vanessa also balances a range of extra-curricular activities. She has participated in Performing Arts for over ten years, achieving a Grade 8 qualification whilst honing her teamwork and communication skills. Vanessa’s aptitude in public speaking and communication has been enhanced through her participation in Model United Nations (MUN) Debating Competitions and through her role as an Academic Mentor. When possible, Vanessa also enjoys travelling and volunteering; recently self-funding a World Challenge Expedition to Ecuador where she participated in charity work and exploration.

Vanessa is a strong proponent of diversity in the workplace and has been dedicated in achieving this. As the First Year Representative of the African-Caribbean Society (ACS) this academic year, Vanessa assisted with the organisation of several career initiatives such as the Barclays Women’s Networking Dinner. She was recently elected as ACS President for next year, and in this capacity aims to significantly increase opportunities for members who are predominantly from underrepresented social groups.

Ikenna is a second year law student at the University of the West of England, (UWE) Bristol. He is also the Aspiring Solicitor’s Student Ambassador for the University. He hopes to achieve a first class degree and his grades so far sustain that aspiration. 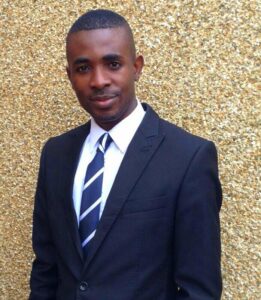 Ikenna demonstrated his commitment to increasing diversity by founding a diverse law student group in his University (alongside others), known as the African Law Students forum. The forum includes members from different nationalities and backgrounds, and provides a platform for support and interaction, creating opportunities for members to develop career enhancing skills and competencies.  As the president of the forum, Ikenna has developed various high profile relationships, including establishing a link between international law firm Freshfields Bruckhaus Deringer LLP and the forum/University. Members of the forum were invited to a special Open Day event at the Freshfields’ office in London.

Ikenna is a sports enthusiast, with football being his favourite sport. Having played it as teenager, he now referees and coaches too.

Jessica is a second year law student at King’s College London (KCL) and a Dickson Poon Scholar.  After achieving a high 2:1 in first year, she is looking forward to continuing her studies in the fall.  Jessica is originally from Canada where she attended the Queen’s School of Business, graduating with both a Bachelor of Commerce and a Master of International Business.  She is keen to apply the skills she learned as a business student to her future career as a solicitor. 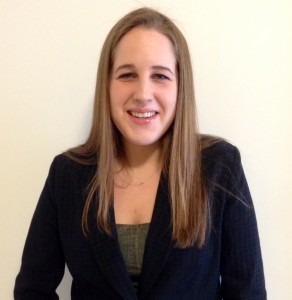 Throughout her academic career, Jessica has always sought to challenge herself.  As a business student she participated in exchange and study abroad programs at the University of Bath, the University of Edinburgh, and The Washington Centre.  She has travelled to China to teach English, to Hungary for a Habitat for Humanity project, and to Cuba for a developmental studies course.

Volunteering has always been important to Jessica.  As a business student, she tutored students at the elementary and university levels, while also balancing responsibilities on several school committees.  At KCL, Jessica attended Amicus training on capital punishment in United States in in the fall of 2012, and served as President of the King’s Amicus Chapter this past year; she hopes to participate in an Amicus internship in the future.  Last spring, she volunteered with the Access to Justice Foundation by co-organizing the Nottingham Legal Walk 2013.

Jessica has also been involved with the King’s LGBT Society, serving as Treasurer this past year.  In this role, Jessica helped organize the committee in its efforts to put on events for students by chairing committee meetings, updating the website, and managing the society’s funds.  As President for 2014-2015, she hopes to lead the committee in planning even more social and educational events for a wide range of students.

Outside of law school, Jessica plays squash for the KCL women’s team.  She loves to travel and has visited 26 different countries, and hopes to visit Australia and South America after graduating.  Jessica thinks the work that Aspiring Solicitors does with students is essential in improving diversity within the legal profession.