The three winners of the the Aspiring Solicitors Of The Month Award for September are:

I have been impressed by each of these students not only because of their academic achievements but also their commitment to the legal profession and increasing diversity with Aspiring Solicitors.  They all deserve recognition for their efforts and their CVs will be circulated to all Founder and Affiliate members!  Congratulations Mitan, Kiera and Suneet!

Suneet has recently graduated from Nottingham Trent University having obtained a First Class Honours reading Law. He has been appointed as a Student Ambassador for Aspiring Solicitors at Kaplan Law School, a role which he looks forward to tackling with characteristic enthusiasm whilst studying the Legal Practice Course. 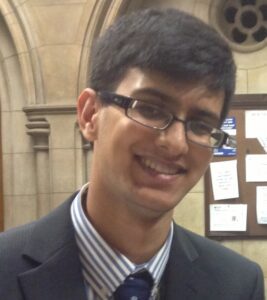 Alongside achieving academic excellence Suneet has been involved in a number of extra-curricular activities that evidence his continuing commitment both to a legal career and increasing diversity. Having been elected to two committees in his second year of study and incumbent in his networking role on the LEX Law Society during his final year studies, Suneet has arranged events that have increased diversity through opportunity; benefitting over three hundred of his fellow students and building a portfolio of contacts for the committee that includes in-house teams as well as law firms.

Undertaking several legal work experience placements, including a six month mini pupillage and vacation scheme alongside being a mentee of Browne Jacobson LLP has given Suneet a holistic insight into the legal workplace, allowing him to make informed decisions to realise his ambitions as an aspiring solicitor.

For his extensive involvement in pro bono initiatives such as Nottingham Law School¹s Legal Advice Clinic, Victim Support and Nottingham¹s Creative Intellectual Property Project Suneet was awarded a Certificate of Recognition 2014 and Best Marketing Student of NLS Pro Bono 2014. He also assisted in the organisation of the Nottingham Legal Walk 2014, raising money for the Midlands Legal Support Trust.

Suneet is currently training for his black belt in Shinrai Karate and furthering his interest in legal journalism through Nottingham Law School¹s All Things Law magazine, which he contributed to and helped manage as Student Editor. 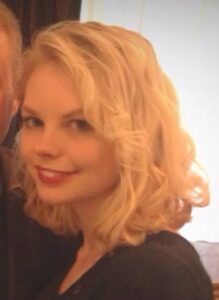 Keira, a student of Bangor University who is soon to begin her second year, has been committed to a career in law from a young age and has never struggled for motivation. She completed a GCSE and an A Level in law, achieving an A. In addition to this, she was awarded the Yale College Endeavour Award for achieving the highest results for law.

Keira was offered her first mini-pupillage in September, only days into her degree programme.  Taking part in moots and becoming a member of the university’s pro-bono project, ‘Street Law’ has allowed Keira to explore law in a variety of exciting ways. Her outstanding commitment to such projects led to her appointments of Academic Officer for the university’s Legal Advocacy Society and Secretary of the Street Law Project. Keira decided to further her pro-bono experiences by volunteering for the Citizens Advice Bureau. Keira gained a first in her first year of study and aims to achieve the same in her second.

Keira is one of eight students in Wales who will present on the human rights of children in the annual Legal Wales Conference before the Lord Chief Justice of England and Wales amongst others.  She is one of twenty five students who will attend a mini-pupil day at Deans Court next month and has two mini-pupillages that she will complete before the end of the year. Gaining a variety of legal experience and demonstrating her commitment to the legal profession, next year Keira will shadow a County Court judge and complete an internship ay McCue and Partners, a human rights firm in London.

As an AS ambassador for Bangor University, Keira hopes to promote diversity in the legal profession and aims to encourage aspiring solicitors, like her, to get involved through experience and pro-bono activities. 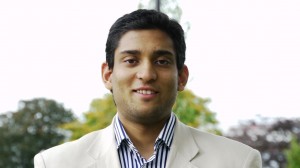 Mitan is a final year student at Queen Mary University of London, currently on track for a strong 2:1 in Law. He is a representative and key member of the Aspiring Solicitors Committee at Queen Mary.

Mitan has an unconventional background, having practised as a dentist. His dental experience has given him a vast skillset, having worked in a high-pressured, team focused professional environment and delivering tailored solutions for each patient. He is keen to apply these invaluable client management skills to his future career as a solicitor.

Mitan has undertaken an extensive range of legal work experiences. These include a mini pupillage at Gray’s Inn Tax Chambers, a vacation scheme at Addleshaw Goddard LLP, work experience at TV Edwards LLP and a legal internship at Barclays Investment Bank where he shadowed the legal team.

Aside from his strong academics and commitment to a career in law, Mitan has balanced a wide variety of extra-curricular activities. He has worked with O2 in helping them meet their CSR objectives, enhancing his strategic planning and problem solving skills. He has extensive experience managing charities as a Trustee, working in teams to design and implement proposals and initiatives to steer charities thorough challenging economic and regulatory challenges. This, in addition to the financial and legal responsibilities involved as a non-executive director, gives Mitan the ability to understand business and deliver commercially focused advice to clients.

Mitan has also shown his determination and ability to work with others by succeeding in competitions. He was part of the team that won the Aspiring Solicitors Commercial Awareness Competition and has also won ICAEW’s ACA style business case competition.

Mitan understands the incredible amount of support he has received to pursue his ambitions. Therefore he is keen to give back to the community. Aside from his responsibilities as a Trustee, Mitan will advance his passion for volunteering at the Queen Mary Legal Advice Centre, advising clients on company and employment law. He is also committed to helping others at Queen Mary, where he will be and growing Aspiring Solicitor’s largest campus based branch.