To nominate yourself or someone else for this award next month, please click HERE!

Scott is the first in his family to attend university, and went to one of the poorest performing state schools in Scotland. Scott was due to pursue an apprenticeship to be a mechanic. However, having attended a university trip with a social mobility organization in his penultimate year, Scott became determined to make it to a top university. Through hard work, and even teaching himself subjects, Scott achieved all A’s and a place at Scotland’s top law school. He has continued to excel at university, recently achieving a first (AAAB – 75% average) in his semester 1 exams. 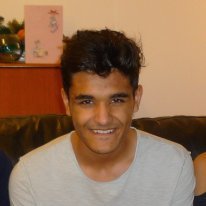 Scott is AS Edinburgh University’s Director of Commercial Awareness, and is currently organizing a commercial awareness competition. Moreover, he is also an active participant in the Edinburgh Commercial Law Society and Edinburgh Investment Club. In addition to this, Scott has frequently travelled from Scotland to London to attend Open Days events to assist in his pursuit of a career in law. He has secured a place on the CMS First Steps programme.

Scott is keen to increase diversity in the legal profession. Through his position on the Edinburgh University AS committee, he is actively working to ensure fellow students are well equipped with the skills to be successful commercial lawyers. Moreover, Scott is a volunteer for a social mobility organization, AspireNorth, where he provides talks and support for secondary school pupils who go to underperforming schools, encouraging them to pursue higher education. 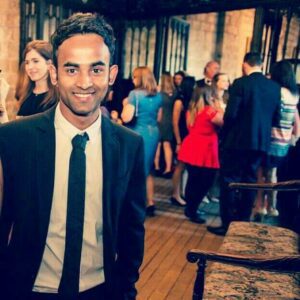 As the first generation in his family to attend both school and university, Hassan has always pushed himself. He is the only student in his school to complete three A-levels in one year – which included self-teaching Physics A-level – and also the only student to get into a top 10 UK university. At the end of his final year at university, Hassan was selected for a scholarship by Durham University to undertake a Masters by Research after his undergraduate research project.

In summer of 2015, Hassan took part in a paid internship in Sri Lanka, where he worked alongside lawyers working with the NGO, CARE Sri Lanka, to promote awareness of gender-related violence amongst university students. During this internship, he was also one of the founding members of the Facebook page, ‘I Respect You’, to help raise awareness of these topics. This experience propelled Hassan to consider a career in law, which led him to attend various insight days at Law firms and train as an Advisor with Citizens Advice.

Having had to completely rely on online information for his university application and course choice, Hassan has been involved in helping other students who might be in a similar situation through weekly one-to-one tutoring of sixth form students and running a teaching assistant volunteer project in various primary schools in Durham. In 2016, Hassan volunteered as a mentor for Sutton Trust’s E-Mentoring platform to help students from disadvantaged backgrounds to pursue careers and get into top universities.