I have given up on being amazed by the quality of nominated students for the Aspiring Solicitors of The Month award.  This month the following students have been successful- congratulations Shraiya, Bryony and Hannah!  Your CVs will be circulated and recommended to all Founder and Affiliate members of Aspiring Solicitors! 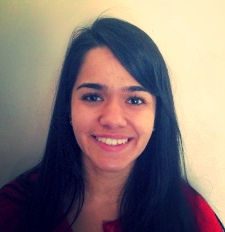 Shraiya is a fourth year Spanish and Portuguese student at the University of Edinburgh and she is the Employability Representative at Aspiring Solicitor’s Edinburgh branch. Shraiya is an enthusiastic linguist who achieved the highest examination mark in Portuguese in her first year and in addition to her degree languages, has also taken optional Italian modules and is fluent in Nepalese.

Her year abroad in Buenos Aires and Rio de Janeiro developed both her cultural awareness and her commercial awareness of the region with modules such as Brazilian Political Economy where she achieved the highest grade of any international student. Between her semesters abroad, Shraiya has undertaken two legal work placements, including at an immigration firm, as well as a placement at a logistics consultancy driven by her desire to understand how a business operates first hand.

As part of the committee in Edinburgh, she has been part of the Aspiring Solicitors launch in Scotland, a team committed to increasing diversity amongst both English and Scottish law firms. She has designed AS marketing material and promoted events to Scots law and non-law students as well as helped to organise events such as a dinner with US Corporate firm Kirkland and Ellis.

Shraiya also has a keen interest in pro-bono work, having volunteered at a variety of organisations that include local charities like Oxfam, a Brazilian educational NGO, a South Asian’s women’s shelter and she is currently the Treasurer of Student Supporting Street Kids branch at Edinburgh University and a volunteer at her student union’s Advice Place. As an issue she feels strongly about, Shraiya would like to continue working with the third sector and hopes to have the opportunity to offer legal expertise to charities in the future.

Hannah Clifford is in her final year of her two year accelerated law degree at the University of Law in Birmingham. Unfortunately, she was diagnosed with an autoimmune disease at 15 years old. Despite this, she has gone on to achieve a first class in five areas of law, and is working towards a first class degree classification overall.

Hannah first realised she could have a career in law when she began studying law at A-level. She obtained an A and was awarded the Graham Mills Memorial Award for excellence in law in 2013.

Hannah is dedicated to increasing diversity in the legal profession and has recently been allocated a place with the Law Society International Intervention Team. Hannah is involved with helping lawyers who have been harassed or attacked for carrying out their profession. As well as this, she complies case reports every month for the Gujarat Centre for Social Justice to improve access to justice for minorities.

She has also recently joined Street Law and is preparing for a presentation on immigration at colleges around Birmingham. Hannah hopes to get the students actively involved in the law.

Another pro bono scheme Hannah is involved in is the National Centre for Domestic Violence. She hopes to spend every Friday supporting victims of domestic violence.

Hannah’s commitment to law is evident from her accelerated degree, which is four days a week, and her involvement in four pro bono schemes. Hannah previously worried about her chances of a career in law due to her health. She contacted the Lawyers with Disabilities Division who assigned her a mentor. Now, after hearing from people who have disabilities and still managed to pursue a successful career, she is striving towards a career in law herself.

She hopes to encourage diversity into the legal profession and aims to dispel the stigma of disabilities. 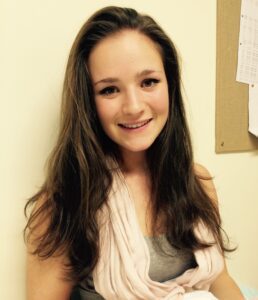 Bryony Bruzon-Edwards is a penultimate Law Student at the University of Leeds. Having achieved the best academic average in her first year at University she is aiming to gain a first upon graduation. She has recently been appointed an ambassador Aspiring Solicitors and looks forward to promoting and engaging with the vast array of opportunities available to students during her second year of University.

Bryony has been interested in a legal career from a young age and this interest has been reflected in her academic achievements in the subject at both A-Level and University so far. Alongside legal academia, Bryony participates in a wide range of extra-curricular activities relating to the law to compliment her degree. She is an active member of her University law society, regularly attending workshops and events to help her pursue a career. She is also heavily involved in the society’s negotiating competition, and is currently preparing a piece for the quarter finals. Outside of law, Bryony participates in pro-bono activities such as the University Street law project and the Justice Project which enables her to give something back to the community whilst doing her degree. As a course representative for the student staff forum, Bryony is able to utlise her confidence and ability to work in a team to represent her peers and gains a great sense of pride from her ability to act for others who may not be as open about expressing their concerns.

In regards to work experience, Bryony has obtained several weeks worth during the holiday months of University. Most notably she was selected to do a Summer Internship at Cripps LLP in August 2014. Having narrowed her interest into commercial law, Bryony has taken the opportunity to attend open days with prestigious firms such as Slaughter and May, and is currently in the midst of vacation scheme applications. Her experience and dedication to legal extra-curricular subjects is a clear indication of her dedication to a legal career.

As an AS ambassador, Bryony hopes to promote diversity within the law. She believes that a diverse culture helps maintain and develop a strong environment, both at university and in the work place and looks forward to developing an appreciation of diversity amongst Leeds University students.