Aspiring Solicitors has been astounded (once more) by the fantastic nominations we have received for the Aspiring Solicitors Of The Month Award. This month, 3 individuals rose above the rest in terms of their academic excellence, commitment to pursing a legal career and commitment to increasing diversity.  You deserve recognition for your efforts and your CVs will be circulated to all Founder and Affiliate members!  Congratulations Franco, Emma and Hanspreet! 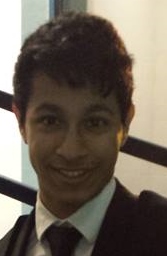 Hanspreet is a second year law student at Christ’s College, Cambridge. Having achieved a solid 2.1 in his first year, he is now aiming to secure a First Class Law Degree. In addition to being the Vice-President of Christ’s College Law Society, Hanspreet has participated in numerous moots, negotiations and was the only first year to compete in a mock trial against Oxford. Hanspreet eventually wants to further his studies at Harvard.

His interest in being a solicitor led to the completion of internships with Singaporean law firms, his attendance at Davis Polk’s open day, the scheduling of marshalling with a judge and applications for vacation schemes in his first year. He is highly focused, constantly searching for greater legal exposure and opportunities.

Hanspreet has the ability to connect effectively with people from diverse backgrounds, individually and in groups. He has developed his confidence, and his use of tone and body language through a variety of experiences. These include negotiations, acting, leading a Guinness World Record breaking effort involving over a thousand people, and being a Corporal in the army. As a Corporal, Hanspreet also learned to understand others and gain their trust, while working towards a common goal.

Born in multi-racial Singapore, and having now lived in both Asia and Europe, Hanspreet has developed an international outlook. As Christ’s College’s internationals representative, he aims to spread awareness about a career in law to anyone interested, regardless of upbringing, with a particular focus on pro bono opportunities.

Hanspreet subscribes to legal magazines and newspapers to support his commercial awareness in a constantly changing legal landscape. Eager to develop his commercial and legal abilities, he is interested in working in a City commercial law firm.

Emma is currently a first year Law student at University College London. After achieving A*A*A at A level, she has gone on to achieve a high 2.1 in the first year of her degree. 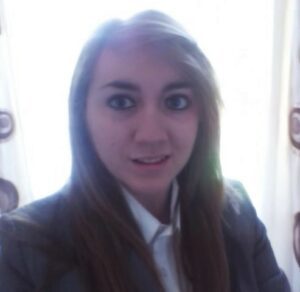 Her interest and commitment to a career in Law have been furthered by being selected from tough competition as the Campus Ambassador for Hogan Lovells over the 2014/15 academic year which will involve gaining a greater insight into the firm and liaising closely with graduate recruitment. From this she has also secured a vacation scheme at the firm. Emma has participated in numerous careers events throughout the year, including various open days, and the DiversCity in Law event for LGBT lawyers. This has given her a greater insight on what it means to be a commercial solicitor in the city and has led to further drive to succeed.

She is Treasurer (as well as holding the role of Student Liaison last year) of the national organisation “Student”, an organisation which encourages and promotes diversity in all professions, not just law. It is currently sponsored by firms such as Clifford Chance, EY and BP. Emma was also involved in organising the job fair and managing ticket sales.

Being a Lead Mentor with international charity Debate Mate helps her promote self-confidence in young students from lower income backgrounds, giving them an opportunity to enhance their knowledge of current affairs and use this to create effective arguments.

Next year she hopes to further her legal studies by doing a year abroad at the University of New South Wales in Sydney to study a broader range of modules and broaden the depth of her knowledge as well as expanding her network of students and lawyers from across the globe. 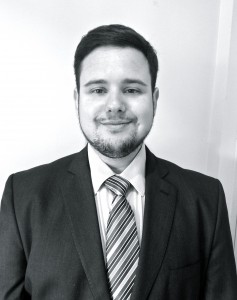 Of the many nominations Franco received for this award, one came from a programme leader at BPP (a qualified barrister and senior lecturer).  This barrister explained “Franco is of outstanding intellectual ability, always extremely well prepared and erudite in his written and oral contributions to tutorials.  He is extremely committed to a legal career and has every attribute to succeed.  He compares enormously favourably with professional colleagues with whom I have worked, and academically could hold his own in any setting.  These are just examples of reasons why he is a worthy choice for this award.”

Relocating to Italy for three years in 2007, he funded his future legal studies by starting a creative business delivering innovative language learning solutions for professionals across Italy. Then, having recognised that due to the economic downturn many businesses were looking to expand their customer base internationally, but did not have the in-house language resources to do so, he diversified his field by offering translations, market research and presentation drafting services, with many repeat clients.

In 2010 Franco relocated back to England where he added to his Italian Professional Diploma (Distinction), a 3 A Levels equivalent qualification (again with an overall Distinction), before embarking on the accelerated LLB course at BPP Law School, where he will be graduating in September 2014 with a predicted First Class degree.

Right from the start, Franco’s LLB grades have been some of the highest of his cohort, with two exam results so far being the highest grades of the year.

As well as working four days per week to support his studies, Franco saw his involvement in Pro Bono activities as an essential tool to bolster his future career whilst making a positive contribution to the local community. Volunteering regularly (Debt Advisor at Croydon Law Centre, Employment Law Caseworker at Lambeth Law Centre, Student Director at the BPP Pro Bono Centre), in 2013 he received an ‘Outstanding Contribution to Pro Bono’ award.

As Aspiring Solicitors Student Ambassador at BPP since December 2013, for the past six months Franco has led a team of 5, very talented Student Representatives, and together they regularly lead presentations for students on the links between business and law.