Congratulations to the January Aspiring Solicitors of the Month winners who are:

All of the January winners will have their CVs sent to Founder and Affiliate organisations.  We are delighted that such talented, innovative and diverse individuals are members of Aspiring Solicitors.  We look forward to inviting you all to the various Aspiring Solicitors opportunities this year and beyond! 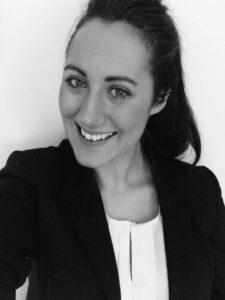 Coming from Middlesbrough, Rachel has a distinct North East accent. Her family did not study at college, let alone at University, she is LGBT, attends a non-Russell Group University and was state school educated. Despite some of these factors challenging her chances of accessing  the legal profession, Rachel has so far excelled in her academic performance and has embraced every opportunity available to her, in particular, her role as Student Ambassador for Aspiring Solicitors.  In the first month of the role, The AS Committee grew Memberships and Facebook likes by over 100%.

Rachel has networked with the local Junior Lawyers Division to arrange networking socials with local firms, as she recognised many of her peers were nervous about networking as they rarely had the opportunity to practice this skill before applying to Open Days.

Rachel also recognised that her University does not provide a specialist legal career advisor to help students construct and edit their legal CV’s. Rachel organised a CV workshop for students delivered by Chris White.

As applications for Open Days, Vacation Schemes etc. are increasingly becoming more available to first year students; Rachel has planned to grow AS in colleges. Her old college are allowing Rachel to deliver a presentation to students, which will show students the opportunities that are available to aid them with the best chance of securing a training contract in the future.

Rachel is also planning a ‘Speed Mock Interview Evening’ to prepare students for some of the questions that may come up in interview, involving legal professionals acting as the interviewers.

Michael is a second year law student at the University of Liverpool. After achieving 3 A grades at A-Level, he achieved a high 2:1 in first year and is working towards a first overall. Previously, he has volunteered at the Citizens Advice Bureau in Liverpool city centre, participating in interviews with clients with a variety of legal issues and answering telephone inquiries. Volunteering at the Citizens Advice Bureau, was important to Michael as access to justice is an issue which lies close to his heart, and is pivotal to providing accessible legal advice to all.

During Michael’s time at University, he has also competed in the University of Liverpool’s mooting competition in which he and his mooting partner reached the quarter finals in a competition which initially began with 64 teams. Additionally, he has attended open days at Mayer Brown and Travers Smith, illustrating his commitment to the law. Being from a single parent, low income background and with no contacts in the law, he is committed to diversity and believes everyone should have equal opportunities, regardless of their background. 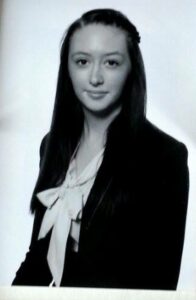 Lily-Rose is a second year LLB Law student at the University of Sussex. As a first generation scholar she has started her course very strongly, achieving a first-class grade in her first year. She was educated at a state secondary school in Essex and received a respectable set of GCSEs including A* in Maths and English. Lily-Rose made the decision to commute a considerable distance daily, to attend a sixth form college to Kent, in order to study the International Baccalaureate Diploma, where she obtained one of the top results in the year.

Lily’s interest in law began at a young age and she began to find out more about pursuing such a career through a range of legal work experiences in a high-street firm, in court and through an in-house placement at Universal Music Group. Since establishing that she wishes to train as a commercial lawyer, Lily-Rose has explored this through various Aspiring Solicitor events. This has reinforced her commitment to and her passion for a career in this area.

At university, Lily undertakes a range of activities, outlining both her commitment to law and the wider community. She has competed in various extra-curricular skills competitions, this year undertaking the Client Interviewing Competition reaching the semi-finals. Lily-Rose is also part of the Buddy Scheme, supporting new students and helping them to integrate into university life smoothly.

Lily is passionate about increasing diversity in both the legal and other professions. She undertook a module dedicated to the Equality Act 2010, completing an essay on gender and transgender discrimination, and a presentation on religious and racial discrimination. She believes that law firms need diversity in order to best meet their clients needs and she would love to inspire others to pursue their dreams no matter what their background. 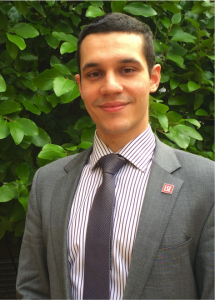 Alexander is a postgraduate student doing an LL.M. in International Business Law at the London School of Economics. He obtained his bachelor’s degree in European Law from the University of Aberdeen in 2013.

Alexander joined Aspiring Solicitors in April 2014 and is currently a Student Ambassador at the LSE. He became involved with the organisation because of his passion for law and equality. As an undergraduate student, he was invited to an interview for a training contract with a large regional firm, where the partner-in-charge told him that his application will be considered after first reviewing the applications of British citizens. Alexander is confident that Aspiring Solicitors is a fantastic platform to raise voice against injustice and contribute to the eradication of discrimination in the legal sector.

Alexander has participated in various Aspiring Solicitors events, which have helped boost his commercial awareness and networking skills. He joined the first of its kind Barclays Legal Experience Week in the summer of 2014, where he gained knowledge on drafting derivatives contracts through shadowing a lawyer in the investment banking department. Alexander is also the captain of the “LSE LLM” team, which successfully reached the second round of the AS Commercial Challenge, and aims at securing a vacation scheme with one of the Affiliate law firms.

Taking a gap year after his undergraduate studies, Alexander worked in three international law firms in Brussels and as a trainee at the European Commission. A particular highlight of his experience abroad was the volunteer and charity work that he was involved in. Alexander helped organizing a 200km charity bicycle trip around northern Belgium, which raised funds for an orphanage in Romania. He also participated in the annual Brussels 20km charity run.