Aspiring Solicitors is proud to award three individuals the Aspiring Solicitors Of The Month Award for July.  The three winners are all extremely committed to pursue a legal career and both all passionate about increasing diversity in the legal profession.  They all deserve recognition their efforts and their CVs will be circulated to all Founder and Affiliate members!  Congratulations Santiago, Indre and Charles! 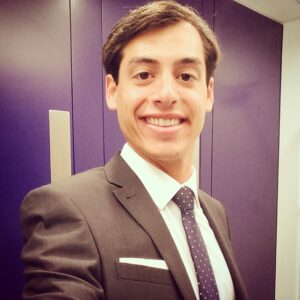 Santiago holds an exemplary and consistent academic record, achieving a 1st class average in both first and second years. He also won the RG Lawson Prize in his first year for his result in Public Law.

He has extensive legal work experiences in leading international commercial law firms. For example, he has recently attended two summer vacation schemes in the City. Santiago is determined to become a commercial lawyer.

He volunteered as a student advisor in the Manchester Legal Advice Centre and helped to establish Aspiring Solicitors at the University of Manchester. Santiago is fully committed to AS and he looks forward to establishing a committee next year which will help many aspiring solicitors like him, from underrepresented groups, to achieve their potential and enter the legal profession.

His recreational activities involve cycling on a daily basis, cooking on weekends and snowboarding during winter holidays. 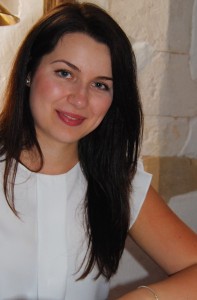 Indre has always been an ambitious and active individual throughout her time at school and university. She has completed various legal internships, remained the President of the Immigration and Asylum Team throughout her time at University, engaged in volunteer work, progressed in her part-time job which she held for over nine years and, most recently, was involved in the organisation of the annual Kent Law School LLM Research Conference 2014 in her role as the Programme and Publications Coordinator. She has also been involved in projects such as LFA (Lessons from Auschwitz), Law Campaign run, drafting of the health and safety policy at work as well as various competitions including the Bar National Mock Trial and University of Kent mediation and negotiation.

Throughout her career so far, Indre developed excellent interpersonal skills and learnt the importance of building up and developing client relationships.

Indre is fluent in English and Lithuanian and would also like to be fluent in Turkish and German. In her spare time Indre enjoys reading poetry and dancing salsa. 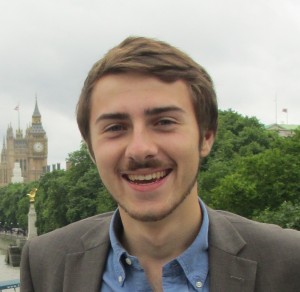 Charles is an American Studies graduate from the University of East Anglia (UEA). He was recently awarded a Starred First-Class Honours and is due to commence the Graduate Diploma in Law (GDL) in September 2014. His ambition is to practice as a commercial solicitor in London, ideally in an international firm.

Even as a non-law student, Charles has demonstrated his commitment to a legal career by undertaking a variety of work experience both in private practice and in-house. By keeping an open mind, he has been involved with areas such as investment banking, litigation, planning, and employment in firms of all sizes. Charles has also attended a number of open days at firms such as Allen & Overy, Freshfields Bruckhaus Deringer and Norton Rose Fulbright. Outside of the law, Charles has gained many transferable skills through media, marketing and journalism placements. Overall, he has a keen commercial eye and a constant willingness to learn and develop as an individual. In all of these placements he has demonstrated his unwavering commitment to the task(s) at hand, team-based approach, as well as his integrity.

Charles has dedicated himself to a variety of pro bono initiatives. While on his year abroad in San Francisco, Charles interned with Bay Area Legal Aid, offering legal advice to citizens facing barriers to healthcare access. He also acted as an on-campus legal advocate, providing information on students’ rights when confronted with landlord/tenant issues and credit problems. During his final year at UEA he volunteered with StreetLaw. This involved regularly visiting local schools delivering awareness-raising sessions on legal issues and promoting access to higher education. From these rewarding experiences, Charles wishes to promote the value of pro bono work and diversity to level the legal playing field.