The four winners of the the Aspiring Solicitors Of The Month Award for August are:

Each of these winners have demonstrated excellent academics and commitment to the legal profession as well as clear desire to help others/increase diversity in the legal profession.  They all deserve recognition for their efforts and their CVs will be circulated to all Founder and Affiliate members!  Congratulations Alexander, Miles, Jessica and Melissa! 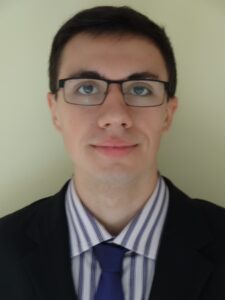 Miles is currently studying at Lancaster University Law School, enrolled on a 4-year international law course.  Miles has been successful in his first year of study, attaining a 1st and is committed to achieving a career within a top international law firm.

Coming from a single parent family with no connections within the legal field, Miles has not let his circumstances overcome his desire to enter the legal profession. Miles has gained work experience within the city at both Linklaters International Law Firm and Kennedys Law Firm in-addition to being shortlisted for an open day at Simmons & Simmons. Miles has further attended a law dinner with representatives from Macfarlanes law firm and gained international work experience shadowing a barrister in Chennai, India. Recognising the language barriers experienced within the practise of international law, Miles is currently teaching himself French and upon its completion looks to further extend his learning to Mandarin.

Outside of the field of law Miles exercises a keen interest in volunteering, holding an instructors license in sailing for a period of 3 years, which has enabled him to teach both children and adults at his local scouting organisation. Furthermore he has engaged in a 6-month volunteer program at Fair Havens Hospice, regularly spending his time engaging in and organising activities for its residents. Most recently Miles has spent a 3 week period on a self organised trip to India, which involved him teaching English to children, conducting and implementing a teachers training day and engaging in rural development activities within the surrounding areas. 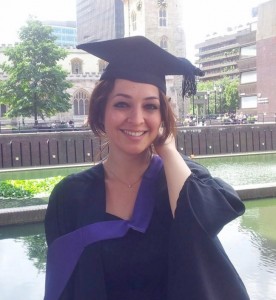 Jessica graduated this summer with First Class honours in Law from London Metropolitan University and has secured a legal internship within the legal department of a prestigious international wine company.  She also successfully completed a summer vacation scheme at the national Law Firm Michelmores LLP.

Jessica has always taken an active role in extra-curricular activities, both on and off campus. She was elected Executive Member of the Mansfield Law Society in her second year, and was selected to be part of the Legal Career Capital Club run by CMS McKenna. Furthermore, she volunteered as a Legal Ambassador to help teenagers from disadvantaged backgrounds reach their goals.  Whilst studying, Jessica also held two part-time jobs to support her studies, one as a luxury retail assistant and one as a bartender in a nightclub. She believes her tireless approach to reaching her goals has prepared her for life in the legal profession.  It is also inspirational to note that Jessica moved to the UK on her own at the age of 18 and focused all of her efforts on securing a First Class law degree.

Throughout her international work experiences in the United States and different countries within the EU, she has grown to be a well-rounded individual with excellent interpersonal skills, able to build solid professional relationships with clients and colleagues from different backgrounds.  As a result, Jessica speaks native Italian, fluent English, conversational Spanish and French. 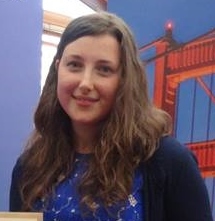 Melissa graduated from Swansea University with a First Class Honours in Law and is about to commence the LPC at BPP University Leeds.  Melissa has had a consistently highly decorated academic career achieving top law student throughout all years of her undergraduate study. Receiving the Barbri International prize for highest final year results, she has currently been nominated for the Sir Samuel Evans Prize in recognition of the highest examination marks of any graduate law student at a Welsh University in 2014.

In conjunction with being academically successful, she has exemplified focus and an open mind to legal exposure in a variety of work experience. Such experiences have ranged from a family law mini-pupillage and work with medical negligence specialists to high street and regional firms. She is now looking to secure a vacation placement and training contract at a commercial law firm.

As a first generation graduate and with no connections in the legal sector, Melissa holds a strong attitude towards diversity.  At University she dedicated her time to supporting younger students from different backgrounds with their academics, gaining greater empathy and invaluable listening skills through one to one mentoring.

An enthusiast for the environment, Melissa has also contributed to her academic institution, holding the positions of Secretary of the Green Impact Team in the law department and NUS Green Impact Project Assistant. She was engulfed in a host of activities to motivate biodiversity and ensure the team goals were met. She described this as a gratifying and interesting task, to liaise with staff and connect green impact teams from different departments, using those differences and encouraging sustainability for the greater wellbeing of everyone. 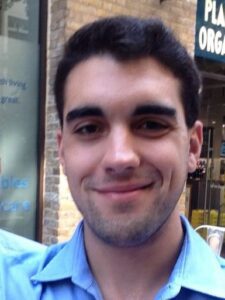 Alexander Beaghton is a Biology (BSc) graduate from Imperial College London, with a particular interest in commercial and life sciences law. During his upcoming MSc in Applied Biosciences and Biotechnology at Imperial he will gain an in-depth understanding of current research in the biosciences with a special focus on scientific and business applications to the pharmaceutical industry.

With his interest in law initially sparked by work experience at 33 Chancery Lane (chambers of Andrew Mitchell QC), Alexander has since gained legal experience via vacation schemes at Simmons & Simmons, Bristows LLP and Streathers LLP and by attending several law firm open days, as well as in-house legal placements at Barclays and GSK. This has been complemented by work experience in industrial research and commercial sectors with internships at a DuPont Pioneer genetics research facility in the USA, at a financial trading firm and at shipbrokers Howe-Robinson in the City of London.

While at university, Alexander has been actively involved in volunteering, ranging from an ongoing internship at the London Legal Support Trust (with work at the National Pro Bono Centre and involvement in events such as the 2014 London Legal Walk) to helping at a local drop-in centre for the at-risk. Alexander is a strong believer in the social and economic benefits of a diverse workforce and thus finds it surprising that science and engineering graduates are so under-represented in law, especially considering that their scientific rigour and analytical skills are highly transferable to the legal profession. As the ambassador for Aspiring Solicitors at Imperial College and forthcoming President of the Imperial College Law Society, Alexander is organizing events to expose more science and engineering students to the legal profession.