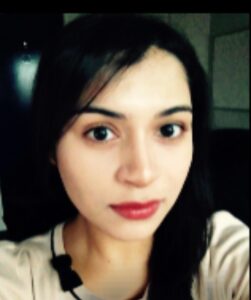 Selina has been given many awards for her PhD. These include a Studentship by Brunel University, a grant by the Chartered Institute of Taxation and the Vice Chancellor’s Prize for Doctoral Research on completion of her PhD. She has two published articles which includes an article on money laundering for which she was given the Outstanding Paper award in the 2017 Emerald Literati Network Awards for Excellence. BPP University have awarded Selina a Career Commitment scholarship and an Excellence Grant to undertake the LPC. Selina was also awarded a Distinction in her LLM on International and Comparative Tax Law.

Selina has taught undergraduate law for 5 years. She has also shown her commitment to law by attending a graduate dinner with Forsters LLP. Moreover, Selina has undertaken a professional placement during her law degree at Westminster City Council where she was a paralegal for a year. Selina has recently undertaken a virtual internship with Linklaters. She is due to undertake the LPC at BPP university which has recognised her commitment to the law. BPP have awarded Selina a Career Commitment scholarship which was awarded on the basis that they considered her a promising future legal professional.

Selina has gone above and beyond in her role as a lecturer in law and has helped hundreds of law students reach their full potential. This has been achieved through patiently applying Socratic dialogue to many of her international students and helping them with their individual concerns. Her teaching has been judged as “outstanding” by a senior colleague who recognised her patience in helping her students to become more confident and having their voices heard. She is also very generous in her local community, often handing out fruits to the elderly in her neighbourhood and to her colleagues.