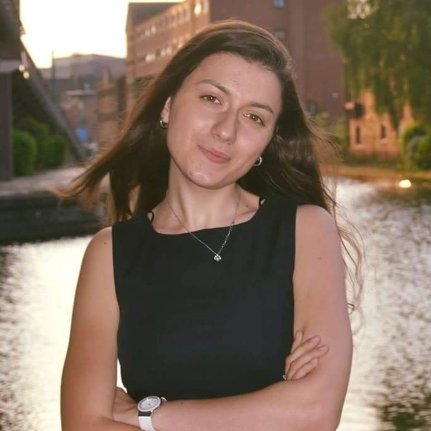 I came from Romania to study law in the UK in 2013 because I wanted to become a lawyer here. I did my LLB at University of Birmingham and my MSc LPC at the University of Law, Birmingham.

I had no legal work experience when I arrived and as a result I thought I wanted to become a barrister. This changed quickly after I attended my first Mock Mooting Competition. From that moment onwards I attended as many events as I could about becoming a solicitor and meeting law firms. This helped me realise quite quickly which firms I would like to work for or not.

During my first year, I joined the Archery team at the university and the Debating Society. The latter experience proved to be fundamental in obtaining my first part-time job at the University, becoming a Student Engagement Team member for the careers department (Careers Network). This job shaped my future as I strived and got promoted several times, ultimately receiving a full-time position in my gap year between finishing my LPC and starting my Training Contract. Although I developed all the fundamental skills you hear from on application forms, the most important lesson I learned is that stepping up, getting out of my comfort zone and saying ‘yes’ to any opportunity coming my way, set me apart and got me nominated three times for the ‘Student Employee of the Year’ award.

In my second year, I joined the pro- bono group at the university, I became a committee member of the Debating Society and International Student Association. Although I attended as many ‘How to write a successful application’ sessions as I could, I was unsuccessful in securing a vacation scheme as I had finished my first year with a 2:2 average. As much as I tried to explain my mitigating circumstances ( coming from a completely different education system and English being my second language), it was not enough. However, I did not give up and I continued to get involved in activities and go to events to know law firms.

In my third year, I enhanced my CV by volunteering for ‘Funky Citizens’ a Romanian NGO in Bucharest and co-founding the ‘Bright Futures’ society at University of Birmingham with some friends. I was also mentored by Luciana Berger MP through the Alumni Mentoring Scheme at the university and did work experience in the Parliament. The biggest achievement of that year was wining the High Commendation for the Personal Skills Award Student of the Year, which I received for how involved I was in extra-curricular activities. That was one of the proudest moments, as it made all the hard work pay off.

After finishing my LLB with a 2:1, I started my LPC in 2016 and I succeeded in becoming a BRADICAL caseworker. I looked after my own clients who needed employment legal advice. The experience was defining in obtaining my vacation scheme with Pinsent Masons (my preferred option) and then the training contract with them.

I have since graduated from my LPC with a distinction and I am working for Careers Network as a full-time member of staff until I am starting my training contract in September 2018.

You have chosen to ask Ioana C one question.