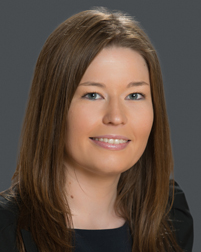 When I decided to study English and Latin at university most people assumed I was going to become a teacher! Law was mentioned to me as something I might enjoy by a few of my teachers at school but I initially dismissed the idea: nobody in my family is involved in law and I didn’t really know much about it.

While studying at Nottingham, I found out that a few of my friends (who were also studying English) were going on to do the GDL (which I had to google because I didn’t know what the letters stood for!) I remember going on holiday to Cornwall with one of these friends and spending an evening discussing their future in law. This was what really inspired me to start looking into it seriously.

It was difficult to research a career in law to begin with because I didn’t know where to start. It was a bit daunting to approach a whole new professional world which I had never had any contact with. Careers websites aimed at students (such as Aspiring Solicitors) became an invaluable resource for me for cutting through the jargon and finding out how to actually become a lawyer.

I decided that I didn’t want to do a GDL, even though this is the conventional post-graduate route. Instead, I chose a post-graduate LLB because it was two years of study instead of one: I thought this would allow me to spend more time on the law in a more academic way, and also allow me time to decide whether I enjoyed law or not before I committed to applying for jobs! These notions proved true, and I am so glad that I chose the GELLB.

Initially, I wanted to become a barrister because I love debating and public speaking. But having attended a few events at law firms and having spoken to professionals from both sides of the law I decided that I was more suited to being a solicitor. I started applying for vacation schemes in 2012 and got an interview at Mayer Brown. They ended up putting me straight onto an assessment day for a training contract. Luckily, the assessment day went well and the rest is history!
I want to inspire and assist anybody who is considering doing law; particularly those people who feel like they haven’t a clue how to begin applying for university courses, training contracts, mini-pupillages or anything else. I have been there and I know how daunting the prospect can be when you are starting from scratch, so please get in touch!