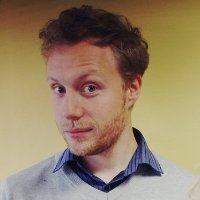 Ed Green was seconded to ASOS.com in the final seat of his training contract at Dechert, and knew within about a week that being in-house was too much fun to let such a chance slip. After qualifying into the legal department at ASOS he spent three years with the fashion ‘e-tailer’ as it grew into a global brand. In 2012 he moved to become Legal Counsel at the company behind footwear brand FitFlop and quirky bath/cosmetics brand Soap & Glory.

You’re no longer a junior employee

As a trainee or NQ in private practice it’s easy to forget that you’re a highly-educated (if sometimes lightly-trained) professional: there are hordes of people more senior than you everywhere you turn. In-house, you’re often a trusted lawyer from the word go – few of your non-legal colleagues will know or care about distinctions of legal rank or specialism. The downside of this is that people will frequently assume that, as lawyer, you know everything on every subject. If a director reads about an issue in the Metro, at 9.05 they will cheerfully stroll over to your desk and ask what the company should do about it – “I never did a seat in commercial property” is not the answer they will expect.

Nobody cares about case law or statutes

Outside of your department, you will not find a single person who wants to have the law quoted at them. They want to know whether they can or can’t do something; the legal details they leave to you.

Your colleagues are generally happiest when you’re able to tell them that they can do things; see above. If there’s a problem, don’t just say “We can’t do this” – suggest something else that might work instead. “Legal said no” is not a phrase anyone wants to hear when they ask why a project got held up.

You may work for a company, but as a solicitor you are still governed by the SRA and bound by almost all the same codes that applied before. Even if your employer might want you to do something that would be in breach of your duty (and I have never experienced this personally, but it could happen), you cannot do it any more than you could have done it for a client in private practice.

You may not have professional privilege

The European antipathy toward non-traditional legal structures is more than a myth – while the British have largely accepted the existence of the in-house lawyer as part of the natural evolution of things, the European courts have been less welcoming. The result is that there is some doubt as to whether legal professional privilege will apply to you – especially when you are giving advice not directly related to a piece of litigation. Make sure that every email you send could be read out in court without causing embarrassment to you or your employers.

Your remit covers everything

There is rarely a predictable funnel of work – you can’t sit and wait for people to have issues and consult you. Go looking for trouble on occasion, and be prepared to deal with it if you find it. All departments need your assistance or advice in some way – if you’re setting up a new department, start with a contracts amnesty so people can sheepishly hand in all those contracts they have in the bottom of their middle drawers.

Working in-house you will almost certainly have to instruct external counsel in some areas you don’t have expertise in – which means that it’s quite possible to go from making tea for partners to calling them up and telling them off. (Just remember that, however polite they now have to be, they still have a great deal more expertise and clout in the industry than you do.) Remember all the things you hated clients doing and don’t do them – copying partners into chasers to associates (and not copying them into positive emails) will earn you no good karma at all.

… And your clients are now your colleagues

As an in-house lawyer, you work for an organisation rather than clients, and so your ‘instructions’ will come from your colleagues. This gives you rather more leeway, as people tend to have different expectations of their colleagues as opposed to their lawyers (probably because talking to colleagues doesn’t come out of their budget). While this doesn’t mean you can take a relaxed attitude to delivering advice, colleagues tend to understand that they are one among many other people in the company asking for your advice. If someone else’s work is more urgent, you can say so without (usually) causing offence – people are generally actually quite reassured to know that you structure your workload.

Fight for your seat at the table

The first words spoken to me as a secondee by the CEO of ASOS were “We’re not paying you, are we?”. Corporate structures, particularly in small and mid-size companies, don’t always naturally grow a slot for Legal to fit in, and many departments may be unfamiliar with how to involve you in their processes. Make sure you meet as many people as possible in all departments, find out what they do and what they need, and ensure that they realise that Legal can help with the start, middle, and end of every deal or project. Sit in on a few team meetings and get a feel for how you can help them.

You may feel a bit out of place

As a solicitor, chances are you (a) went to university, (b) got an arts degree, and (c) spend a lot of your social and professional time hanging around people who look and speak in a fairly similar way to you. In-house, you can’t take this cosiness for granted – and that may be a good thing! Marketing departments, sales departments, HR departments – they all have their own ‘type’ and you’re just one ‘type’ among many. Make the most of it, but don’t forget to keep in touch with your private practice friends so you can still crack jokes about the mens rea without people thinking you’re insane.

Working in-house, you won’t have anything like the same exposure to a variety of other lawyers day in and day out – you should make sure to keep up old contacts and develop new ones to fill this gap. If you’re having trouble, try joining one of the many subject area groups on LinkedIn – other lawyers will have a coffee with almost anyone on the slightest pretence. Similarly, free training sessions run by law firms are an excellent way to network and get free croissants at the same time.

PLC is your friend

You’re unlikely to have a large legal infrastructure behind you, and anything you can’t handle will cost you budget to farm out to external lawyers – so have a serious think about subscribing to a service like PLC. They may not know everything, but when you need an assignment agreement on short notice, they can be invaluable. Speaking of which…

Build your own library

Obviously it would be deeply wrong to suggest bringing any of your firm’s own templates or know-how across with you – and, perhaps equally to the point, firms are often pretty good at spotting wholesale doc-grabbing. However, you will almost certainly have plenty of personal templates, articles, and tips accumulated through your career to date, even if only from a training contract – make sure you don’t leave them behind when you move. The lack of resources in-house will make them far more valuable than in private practice.

You have a tremendous opportunity

Most law firms have been going for years, and have fine-tuned the art of ensuring “a place for everybody, and everybody in his place”. In-house, you may be in a young company, or a small company, or a company that is expanding in new directions. It’s quite possible that almost nobody outside Legal has given much thought to the role of your department in their growth, so your role may be open to you to define. If you want responsibility, pitch for it!

A career in-house is possible

In-house is no longer just something that senior lawyers do when they want to wind down towards the end of their careers. You can enter at any level, and stay in as long as you like. And unless you have a particular fondness for ties, incremental billing, and clearly defined job titles, you’re unlikely to want to go back.